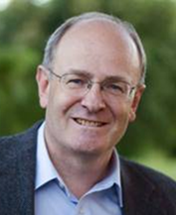 Dr. Dwight Burford joined the Advanced Materials and Manufacturing Processes Institute (AMMPI) and the Center for Friction Stir Processings (CFSP) at UNT in September 2019 as a Research Professor.  After receiving his doctorate from the Colorado School of Mines in 1987, Dr. Burford conducted postdoctoral studies at Ohio State University.  In 1989, he joined Boeing in Wichita, Kansas, where, as an Associate Technical Fellow, he conducted research and development in metal forming, machining, welding, and heat treating.  Beginning in the fall of 2000, Dr. Burford’s R&D work in friction stir welding led to production flight hardware on 747-400F aircraft in mid-2005.  From the fall of 2005 to the summer of 2012 he directed the NIAR Advanced Joining Lab at Wichita State University (WSU), and from 2007 to 2012 he directed the WSU Site of the Center for Friction Stir Processing (CFSP), an NSF I/UCRC. Since mid-2012, Dr. Burford has worked as a metallurgical engineering consultant.

Submerged bobbin tools, or SBTs, are designed to form integral sub-surface channels (tunnels) within components having internal pathways for wiring, gases, fluids, powders, tubing, composites, etc. Example uses are in heat exchangers, cooling plates, vacuum tools, and structural components. Like a conventional bobbin tool (BT) used in friction stir welding (FSW), an SBT has two opposing shoulders spaced apart along the bobbin or probe section of the tool.  Unlike a conventional BT, however, an SBT is used to form enclosed internal channels by the shoulder located at the terminal end of the bobbin being submerged within the workpiece while the opposite shoulder rides along on an outer surface of the workpiece.

Similar to other BT designs, the opposing shoulders of SBT designs serve to contain a substantial portion of stirred material generated throughout the progression of the process.   As a result, process forces produced parallel to the tool’s axis of rotation are reacted between the opposing shoulders.  Compared to single-sided tool designs having one shoulder, SBT tools therefore produce relatively lower out-of-plane forces that must be supported by the fabrication equipment.  In turn, fabrication equipment for internal channel production by SBTs have reduced force and stiffness requirements compared to equipment for single-sided channeling methods.  With this innovation, then, new opportunities exist for industrial robots to produce 3-D curvilinear subsurface integral channels in complex-shaped parts.

The focus of this collaborative effort is on establishing Impact Spot Welding (ISW) as a mature production fastener system that competes directly with mechanical fasteners (rivets, etc.), resistance spot welding, and other discrete joining technologies.  It is based on the work of Professor Glenn Daehn and his research group at Ohio State University.  Preliminary data show this new joining technology can rapidly install solid-state joints which meet or exceed the performance of comparable mechanically fastened and integral joints.

Our ultimate objective in this collaborative effort is to prepare ISW for deployment as a robust approach to producing solid-state joints at a relatively low cost in time and effort via robotic cells and other nimble platforms.  In working toward achieving this objective, we also aim to generate initial design data and draft performance standards for selected ISW joints as a function of joint thickness.

Here are some of the reasons we are focusing on developing ISW into a production-ready process:

We would like to provide you with coupons joined by ISW for your evaluation as part of this program.  If you supply us with the materials to be joined, this will help ensure these ISW coupons are relevant to your interests.